AvalonRose Cottage is proud to present the

Readers of The Cottage.

Appointments are recommended and are available on Saturdays ONLY.

to book an appointment you can email, ring 774.745.8550 or Facebook Message AvalonRoseCottage.

Psychic or Tarot Readings are $45 for half an hour.

Candace Gaumond, an empathic clairvoyant, who was psychically gifted as a young child, is a 30-year veteran of the art of mediumship, tarot and divination.  She is a certified evidential medium, through the internationally known The Fox Center for Spiritual Awareness; and has been featured in the Wilbraham-Hampden Times for her mediumship at an historical residence known for its supernatural activity.  Candace is a regular at the Kozy Kabin Restaurant in Barre, Massachusetts, offering platform (aka gallery-style) mediumship shows.  In October 2014, she was one of the featured psychic readers at Crow Haven Corner in Salem, Massachusetts.

Candace is an innate energetic healer, offering services to humans and animals as a Certified Karuna Reiki Master since 2011, specializing in hospice for both.  Her medical intuitive skills have attracted an ever-growing clientele base.

Candace continues to evolve through many certifications and training, most recently psychic investigation and spiritual artwork.  She spends many hours practicing her trade and connecting people with their loved ones.   Candace, a practicing witch for twenty-five years, intertwines her psychic development, innate skills and craft to offer healing and spiritual guidance to others. 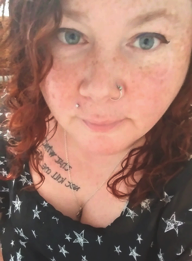 Rua O’Henry (pronounced Roo-ah) grew up in an Irish-Scottish family full of those who had divination and clairvoyant gifts including reading tea leaves, palmistry, and physic visions. With a long line of family members who stuck to “the ole’ ways” as it was known, it’s no surprise she would be drawn to the Tarot and Witchcraft at the age of 16.  Now 48, she is a practicing solitary Hedge Witch and learning to be a “Keeper of Her Keys”.  Rua leans toward Celtic and Norse traditions in her practice and beliefs.

As a Tarot reader, she approaches each reading with a respect for the Divine and cares for the seeker, and their concerns. Rua reads the cards both intuitively and scholastically.  The spread she uses is one of her own design – Hecate into Odin, which is a 7 - 9 card spread combining the light shed on a path by Hecate, sight of the future through Odin’s Ravens, Huginn and Muninn. She professionally reads Tarot exclusively here at AvalonRose Cottage.

She lived in the West Kerry region of Ireland for over a year, enjoys going back to see family and friends both there and in Glenrothes, Scotland.

She listens to all kinds of music, loves to dance, all aspects of design and of course gardening, growing herbs for healing and spell work, loves makes home made teas to help those she loves with any ailments. 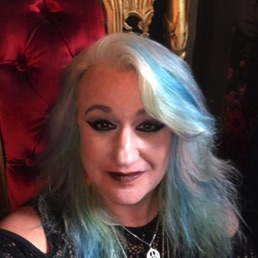